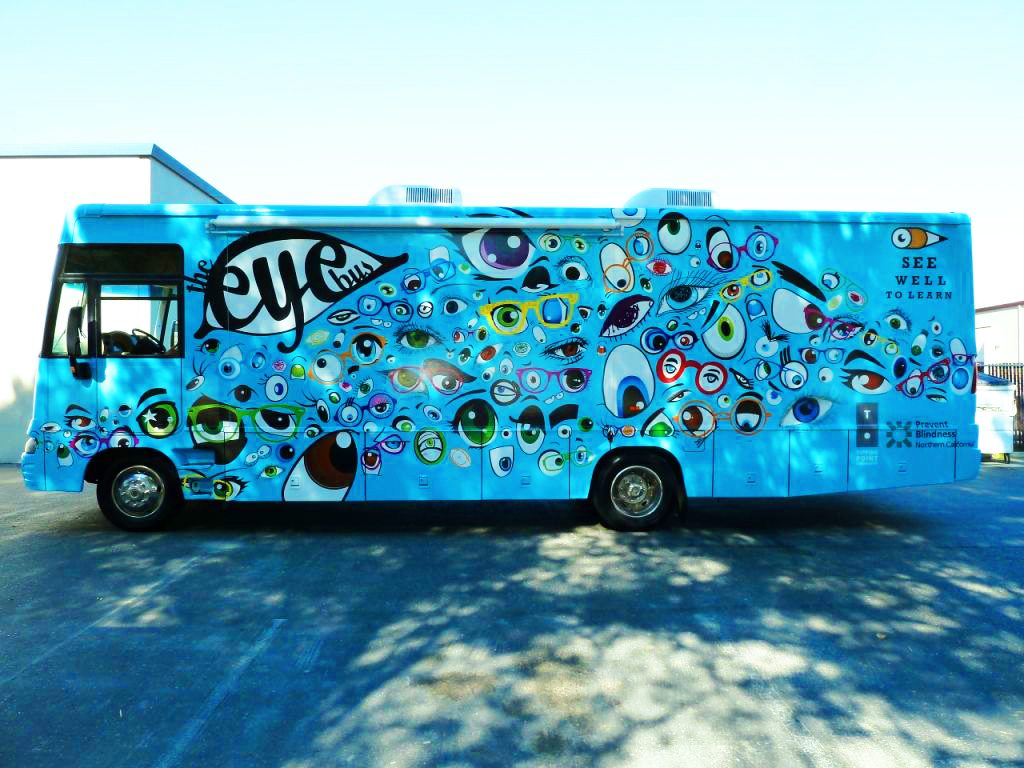 SAN FRANCISCO (March 25, 2015) – Tipping Point Community has awarded Prevent Blindness Northern California a $175,000 grant to continue the 2015 support for the See Well to Learn program.See Well to Learn delivers free high-tech vision screening, eye exams and glasses to preschoolers in low income neighborhoods in San Francisco and Oakland. All services are conducted onboard an Eye Bus, a mobile clinic that is driven to preschool sites to both increase access to care as well as facilitate outreach to educators and parents. In 2012, Tipping Point Community provided seed money for the See Well to Learnpilot and to date has invested $1 million in the program.  In the last three years, over 22,000 low-income preschoolers have received vision screening and services.

We’re proud of the early investment we made in See Well to Learn,” said Daniel Lurie, CEO + Founder of Tipping Point Community.  “There are often many hurdles to early childhood education, but seeing well shouldn’t be one of them. See Well to Learn has served thousands of low-income children in the Bay Area in just a few short years and made an immeasurable difference.

Detecting vision problems and making sure children who need glasses receive them is a simple yet effective way to make sure all preschoolers are ready for kindergarten. A recent study by UCSD showed that preschoolers who needed glasses scored worse on tests designed to predict future academic performance. After just 6 weeks of wearing glasses, their scores jumped to match the scores of those who did not need glasses.

“As a result of our ongoing investments from Tipping Point Community, we are continuing to serve the communities in San Francisco and Oakland with our See Well to Learn program as well as beginning to plan for expanded efforts in the greater Bay Area in the near future,” said Seth M. Schalet, CEO of Prevent Blindness Northern California.